Articles > A Synchronicity from Beyond the Veil

A Synchronicity from Beyond the Veil

While I was walking on the beach recently in Bonita Springs, Florida, I had the pleasure of meeting John and Gail Griffin. They were sitting side-by-side waiting for a fishing line to bend and spring into action. I approached and politely engaged them in a brief conversation which quickly morphed into a discussion about synchronicity.

I discovered in the course of our conversation that they were both born and had lived in the Bronx like myself many years ago. I remarked that sounded like synchronicity to me and proceeded to tell them I had authored a book on the subject of Synchronicity. Since we all shared the Bronx coincidence, I chose to tell them my story about me hitting a home run at Yankee Stadium. Gail said she had once worked at Yankee stadium — another coincidence between us. I shared the first story in my book and how some 54 years later I met a former teammate while sitting on a deserted beach in the Hamptons on Long Island. I described all the synchronistic events that had to occur for this meeting to have happened in the first place. They listened intently and then shared the following story of their own.

When I asked if they had children they said yes, they had three children, two girls, and one boy, as well as six grandchildren but unfortunately their son, John Jr. died in his sleep at the age of 40 from an undiagnosed heart condition.

John Sr. said before his son’s death, he had gotten a special lure from their children with the names of all the grandchildren inscribed on it addressing it to him affectionately as “POP POP.” They knew he was an avid fisherman and wanted him to remember all their names when he went fishing.

Unfortunately, John Sr. lost the lure one fateful day while trying to land a large fish who got away and took the lure with it. Since this lure had such sentimental value it was replaced sometime afterward by his family. Then much to his surprise and delight, the original lure found its way back to him in the most unlikely and bizarre manner.

One day a year and a half later, John went fishing by himself and was sitting on the beach when a woman with two children, a boy, and a girl, approached him and handed him back the original lure. She said — you must be Pop Pop and I think this lure might belong to you! John Sr. could not believe what had just happened. The lost lure was now being returned to him by a complete stranger who just happened to have picked it up on the beach somewhere far away from where he was sitting.

The funny thing is that John Jr. had a wife and two children, a boy, and a girl, just like this stranger woman. John Sr. was shocked upon receiving this unexpected gift. 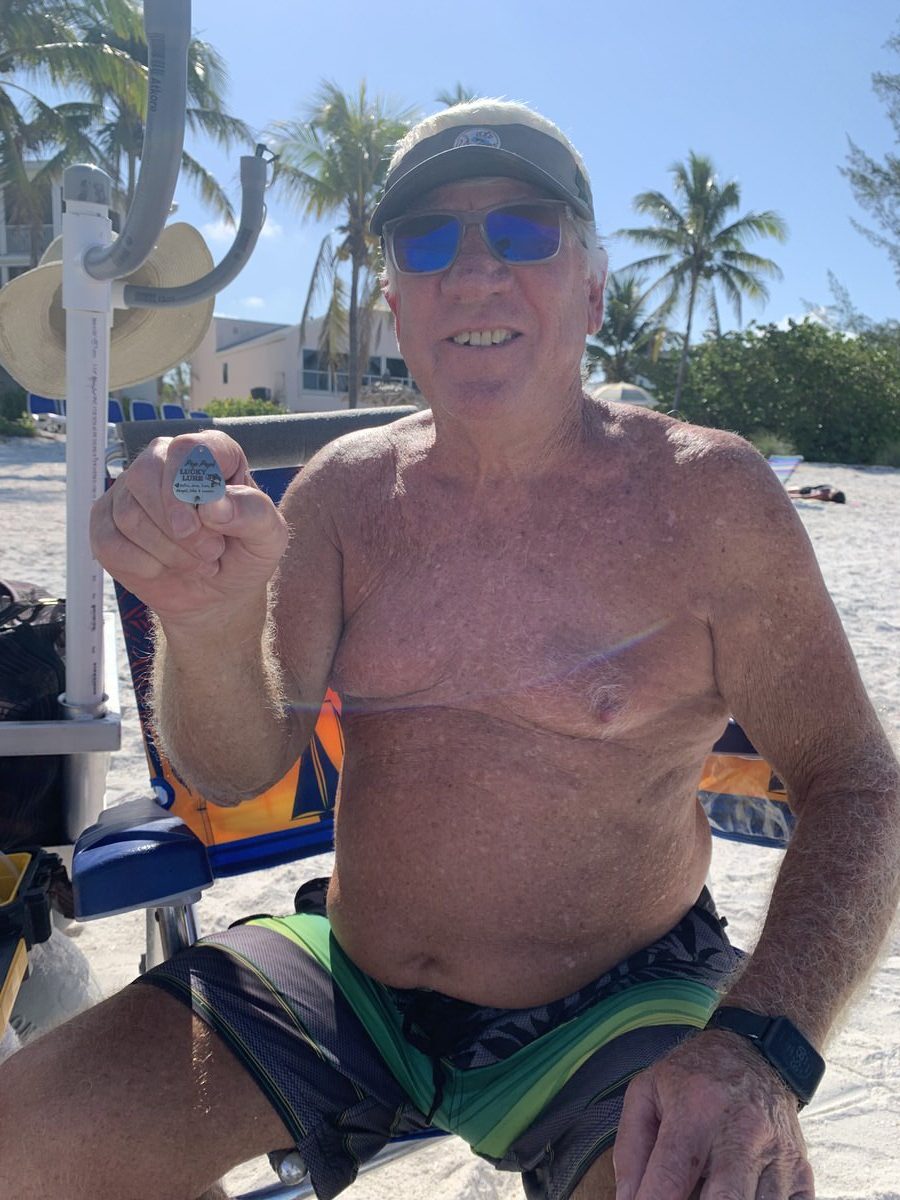 Was this a sign of communication from beyond the grave? Did his deceased son use this woman to find and return the lure? Both John and Gail interpreted it as a sign from their son letting them know he was fine and still in their lives in some way.

There used to be a TV show called Touched By An Angel and this incident aka synchronicity certainly sounds like an episode! Both John and Gail found great solace from this odd encounter with a complete stranger who just happened to be walking the beach a year and a half after the original loss of the lure and randomly decided to give it to John Sr.

I hope anyone reading this can relate to just how comforting stories like this can be to anyone who has lost a loved one. Sometimes the deceased loved one’s Spirit uses other people to deliver a sign or symbol and let those left behind know that all is well. The veil that separates the living from the dead gets opened oftentimes through Synchronicity and brings comfort to those still living and grieving. Many times, the deceased come to us in vivid dream states offering comfort and messages and at other times the deceased use living people to act as messengers on their behalf.

I believe this story is an example of just that. John Jr. somehow had this woman find the lure and guided her to give it to John Sr. It’s comforting to know that even in death we can still feel and be connected to those who have stepped across the doorsill where the two worlds of visible and invisible meet.

Remember to stay aware, awake, and alert and talk to strangers and ask questions of them if you want more synchronicity in your life! One never knows just how synchronicity will appear for we live in a magical and mystical universe. 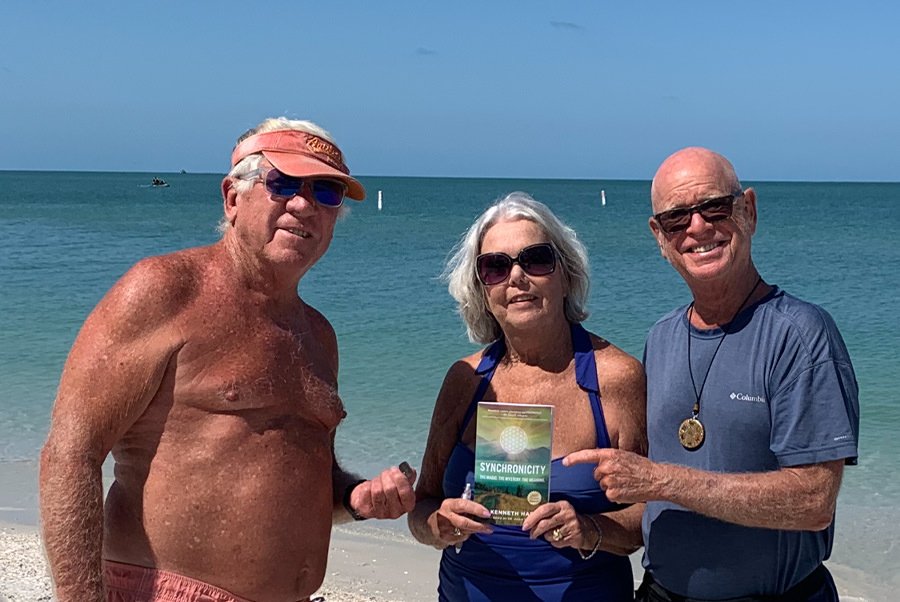 ← Champions of Inspiration The Dr. Jonathan Ellerby Podcast →
Share This